Every single dog you see in a dog pound, in foster, behind bars and looking sad isn’t a rescue dog. This term puzzles me completely.

Most dogs in dog pounds are there through no fault of their own. Whether old lady down the road can’t look after her dog any more, or a crap owner deemed their dog too much hard work and dumped it somewhere, they aren’t ‘rescue dogs’ and they don’t walk around with a great big badge on their chests, proudly proclaiming they are different. That’s where my issue with the term ‘rescue’ lies. A rescue dog is still a dog, first and foremost. Every single dog in that dog pound down the road once lived in a home. Very rarely will you have a dog that has never been in a house before. Every single dog is still a pet, and still a loved pet, just waiting for new humans. It’s kind of like an interlude in their lives where they stay in kennels and wait, and this makes them no less ‘dog’. Is a child in an orphanage any less human because of where they are? No. So a dog is no less dog, and attributing a label like ‘rescue’ to it doesn’t actually mean anything. The only way I can explain this any clearer is to ask whether a homeless person once they have recovered from a bad part of their lives, should still be labeled as such?

Trevor came from a home, and when people find out they invariably ask me ‘oh, was he abused?’. This question bugs me endlessly, mostly because what does that even mean? He spins, he is an anxious dog, If I raise my hand he flinches and he squeals and runs backwards if he hears a car revving. This must mean he was beaten, right? I must have saved him from evil humans and their raised hands? Not necessarily. Every dog has an individual personality. In my dog training class there is a Spaniel who hates strangers and if someone approaches him he will duck and hide and shake, however he has been raised from a puppy in the same home, never beaten and never abused. He is just a bit shy and that is okay.

So take a look at these photos of Angel, Beau and Pepper. All of them are real ‘rescues’ at Cardiff Dogs Home currently. Which one was abused do you think? (Click on their pictures to go to their forum threads where you can see more pics and read all about them #shamelessplug)

Ok so Angel undoubtably came to us in the worst state, but does it matter if she was abused or not? Should she be treated with anything else other than love, kindness and care? Same goes for beautiful giant Beau, and even teeny tiny Pepper. They are all dogs, have all lived in a home and have all found themselves homeless, and that doesn’t make them any less important, or even more important than any other dog. Angel is a gorgeous crossbreed (and thankfully considerably fatter now!), Beau is a huge Akita and Pepper is a tiny and friendly King Charles Spaniel. Dogs homes aren’t full of scruffy crossbreeds and vicious bullbreeds…! Two of these dogs that have found themselves homeless are purebred Kennel Club pedigrees!

I am not making light of those that have had horrific pasts. Thankfully those are few and far between, and the fantastic staff and volunteers at Friends of the Dogs, Wales make sure that they get the best care they need. When a dog arrives in a dogs home it is purely because he needs somewhere new to live. They get a fresh start the second they set foot in those kennels, and yes some are waiting longer than others, and some may find it harder to settle than others, but they are loved pets, waiting for the right person for them.
This leads me onto my final point. People that proudly declare their dog is a ‘rescue’ and that they ‘saved’ it. I am guilty of this certainly (just look at my blog name!) but I do not deem my dog to be better than others as he is a ‘rescue’. Nor do I think he is different to any other dog because of that accolade. Yes, he has some issues, but just like that shy spaniel in my dog classes, we work through them. I am not an altruistic human of immeasurable value because I chose the sad staffy at the dogs home. I didn’t ‘save’ him. I rehomed him for selfish reasons actually, I wanted a dog! My first and foremost reasoning for getting a dog was not to ‘save his life’ and nor should I, or anyone else, walk around being pious and arrogant about their supposed philanthropic nature.

That said, I would always advocate the saying if ‘Adopt don’t shop’. I know my journey so far with Trevor has been rather fraught at times, but Trevor has been a little harder work than most! I keep seeing photos lately of dogs that got taken to their new forever homes on sofas flat out asleep within hours of arriving, and I am envious of you!

Enjoy your dogs, whether bought, ‘rescued’ or bred at home. No matter where they came from they are wonderful, and you should love them with every bit of you. 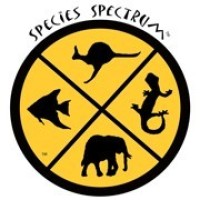 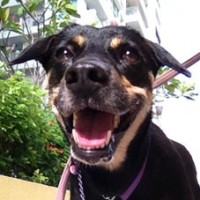